Guess who’s back. Back again. Guess who’s back and tell a friend. I should be saying that this will get easier for some, but as I will never run out of material. Let us jump right in with our first from CBS.

Drugs Are Okay As Long It Is Not Scientology

Parents flipped their collective refuse straight from the S-bend in Santa Monica because at the high school they had to cancel an anti-drug program that was sponsored by the church. It may seem that maybe if these talks were just advertising for the church just for the sake of advertising. That is not true as it is explained in the article that this program was allowed after a student fell off the roof on an LSD trip. That tends to be a good reason for getting some anti-drug talks at least, on top of that there was an option for parents to remove students. All this sounds like the school did everything that needed to be done and just let the parents make the call.

So, why did parents feel that the church should not be funding the anti-drug program into the school after it was vetted by the principal? According to the church, it is due to a discriminatory opinion against them, and if you have read any of these then you know that people claiming discriminatory actions are a bit of a pet peeve.

This, however, is something different because without proof from a student who could not say something about it despite going to the program made me wonder that maybe some of the parents either feel so confident in their kids staying off drugs or they just do not care. In either case, they either have a lot of faith in their kids or are just completely idiotic. Way to go, Santa Monica, I hope this is not an opinion reflective of the entire group, but just because someone found it where this program which by the way is not directly from the church, but affiliated, and hell since I did not bash them some people I am affiliated now.

It may seem weird, but I do not hate everyone or everything. I find happiness in a lot of things, and I can understand when you are an intelligent human being surrounded by idiots enough times that the smallest mistake makes you want to go out for blood like it was the new cure for aging. She even used racial descriptors which surprise me considering that most people shit like a thunderstorm whenever it is brought up.

She was the dean at a prestigious school, and simply based on these reviews happening the school had her placed on leave for how she rated saying “If you were white trash, this is a perfect night out for you !” then finding that other posts were not nice and hurt people’s feelings.

Listen sometimes people need to be asshats. Sad fact of life, but some people need to have that outlet, and most can do it in a constructive matter, but other times people just need to type in whatever they want unfiltered before actually going to look back at it wondering what made them go bonkers. I got into enough fights in my youth that there was plenty of times to work out some aggression for example.

When we grade people on a single thing we have a problem to look not at the whole, which is something I can say I can fall under as well.

It is something to be said that maybe we should just ask ourselves what is more important the yelp reviews of an angry woman, or the abilities of the dean. To me, it is only so easy to make the call, but that is why I am the genius.

University of Hawaii Professor Claims White Males Should Not have Jobs

Getting the tops spot on the dumbest of the world’s moments is this little gem from the University of Hawaii whose post was put up on a mathematical website despite not knowing about all the factors that go into a hiring. For some people new to this whole form of verbal flagellation sometimes people say,  stupid shit. Please see above for example. The difference is that the person above went bananas finding Yelp as a vent and this person is bananas enough to believe the vapor she is puffing with this lunacy.

Let me start with this? What does equality look like with to you, leave a comment, let me know, I can wait. Ready? Good. Equality in the measure that everyone will be treated the same not only is wrong but if you believe in it, you may be the most destructive to the cultures around the world then anything any artists have ever done and this includes the stereotype crows from Dumbo. A lot of people have come across and have beaten themselves into believing something this abstract. I like to call it the perfection theory.

Why do people believe in perfection if no one can commit it? We are by our breakdown as life forms imperfect, but every day people get up and try to do their best and be the very best in their crafts of choice. Perfection is abstract, and despite it being so there are still believers. It seems to be more correct nowadays to replace perfection with equality, simply put because equality does not exist. It is an abstract idea made by people who want to feel warm and fuzzy by making themselves think that is worth something which it very well may be, but not to the level these extremists think.

Let us use math, the subject of choice for this teacher.

We have a job, where people need to have to say three values, the ability to fold, the ability to stand, and the ability to learn. You get a job opening where forty people are looked at with honest readings with those three values. Does that have anything to do with race, gender, or sexuality? No, it does not. So you go through your vetting process at your store, and you cut the possibilities of the forty people down to let us say five. Five people who matched up with the same total value among the three categories with slight differences between each of them.

Who do you hire?

I would hire someone who could learn more over the other two, but that is me. In that entire problem was there any comment about who I was fucking, the melanin content, where my family was from, or what genitals I had? No, you say because in doing so would be lunatic of the highest purple wombat level?

If I was anyone of these groups she is championing I would be kinda pissed off. Why can’t I be as good as the other people, why do I have to be trained by the evil hetero white male power. Coming into a job if that was the case that the only reason I was being trained was so I can a couple things about me, I would the biggest asshole on campus to whoever started this practice. There would be a little niggle at the back of my mind that I was there because I was the backup, I wasn’t good enough to get it the first time, and I would run with it as best I can, but I would know that I was not that good. The fact that she somehow implies that all these different kinds of people need this extra advantage is really quite discriminatory don’t you think?

This does not say hire the best person you can, it says hire the best that isn’t one of the major portions of the majority in the country. Sounds great as a sound byte or from someone who has never done business before because this smacks if ignorance on so many levels I am kinda surprised of the sheer idiocy of it.

She is implying that people who are white heterosexual cis male should not work flat out. Should not work because everyone else needs those jobs and those people take from them, and it is just so sad. Well, despite me being a level ten smart ass I am willing to put my life where my mouth is.

To the University of Hawaii: A Challenge

If you truly believe of the remarks made by this woman, then I have a great idea. Let us try it out. I will stay on the shelf for one year, or if my disability status bothers you my brother will, and you will pay his wages for one year plus ten percent for any incidentals, considering he works at a supermarket it should be pretty small to a university.

Let us see what happens. He goes away or I do we take a year off just so we can see the wonder that this does and you can get your faculty theory evidence or we find it that it is full of crap, and unlike a lot of others I am willing to help you guys out to do it. If you guys are wondering about budget it would be cheaper for me to go on the shelf, as before getting hit with my issues, I was making about 20k so make that 22k and off to the races.

If you are unwilling to back this little experiment whether my brother, myself or even both, then might I suggest you get your people to think about numbers instead of the SJW propaganda that this stands as. Because in my eyes and everyone I will talk about this too if you cannot find it to back this little experiment, with you standing so idly by with one of your junior faculty spouting off then maybe you need to reclassify the program she works into the drama arts, because this is just funny enough to work.

If you enjoyed this piece please share it with your friends. If you did not like this piece then you can share it anyway just so someone else can take the piss out of me. Maybe if we make enough laugh something may happen? 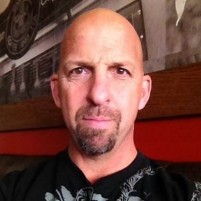 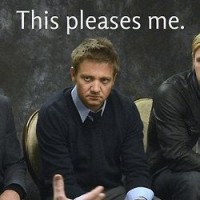 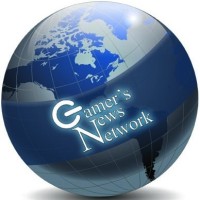 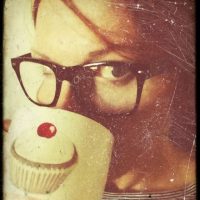